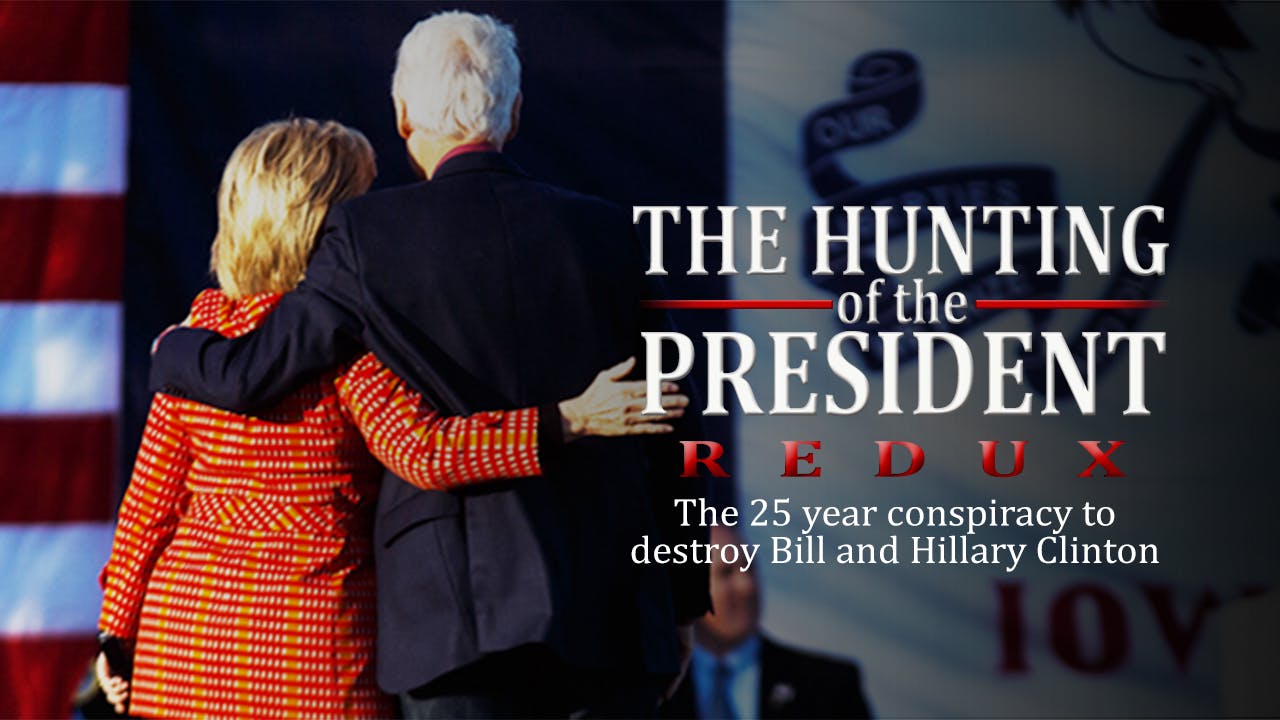 The Hunting of the President - Redux

There can be no doubt that we live in one of the most tumultuous political climates of the nation’s history, a climate where politicians can be toppled on a whim, election results disputed in the country’s highest courts, and governors unceremoniously recalled. It’s enough to leave even the most cynical voter asking, how did this happen? Harry Thomason and Nickolas Perry’s incendiary documentary, based on the best-selling book by Gene Lyons and Joe Conason, offers a glimpse at the genesis of these partisan vendettas and explores the myths and truths behind the more than 20 year campaign to systematically destroy the political legacy of the Clintons.