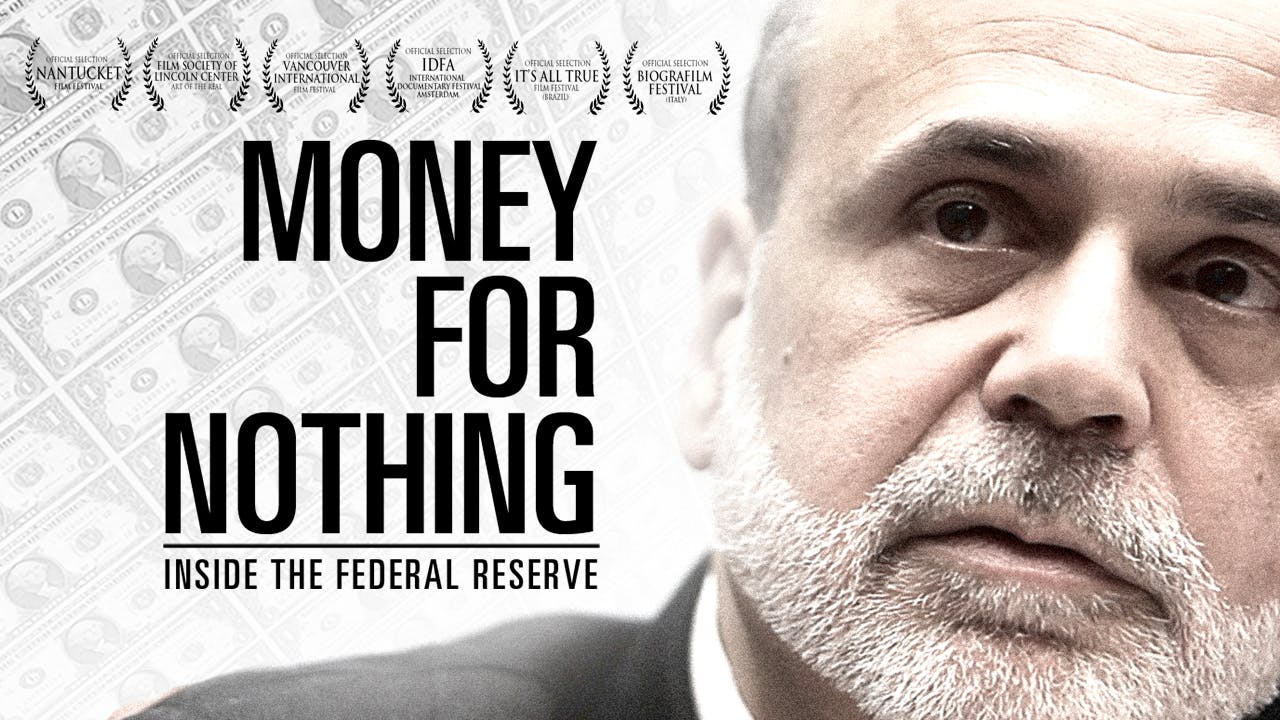 Money for Nothing: Inside the Federal Reserve

Money For Nothing: Inside The Federal Reserve is a documentary film (made by a team of AFI, Sundance, and Academy Award winners) that seeks to unveil America’s central bank and its impact on our economy and our society. Current and former Fed officials, top economists, financial historians, and famed investors take viewers behind the curtain to question the future of the world’s most powerful financial institution. Digging beneath the surface of the 2008 crisis, Money For Nothing is the first film to ask why so many facets of the financial system seemed to self-destruct at the same time. For many economists and even senior Fed officials, the answer is clear: the same Fed that put out 2008’s raging financial fire actually helped light the match years before. As the global economy continues to falter, join current Fed Chair Janet Yellen, former Fed Chair Paul Volcker, and many of the world’s best financial minds as they debate the decisions that led the global economy to the brink of collapse – and ask whether we might be headed there again.