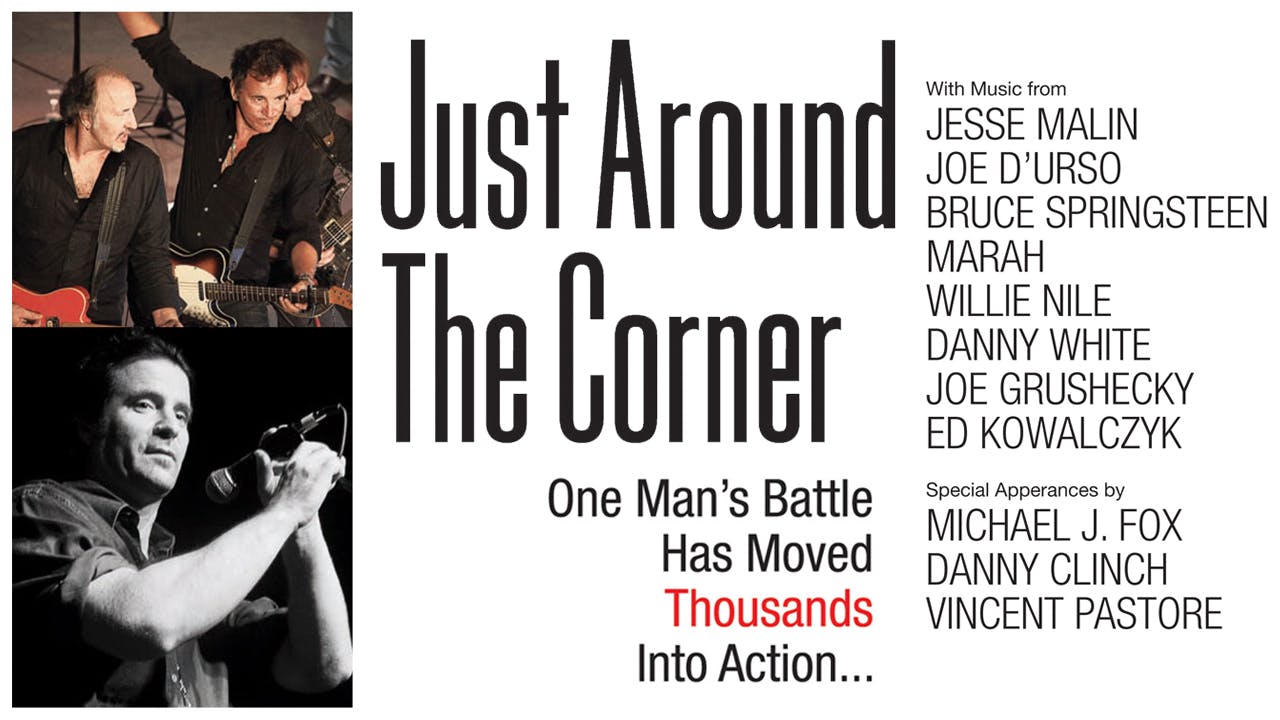 Just Around the Corner

Being diagnosed with Parkinson's disease at 38 was quite a blow to Bob Benjamin. But instead of letting the diagnosis take him down, Bob chose a different path... He recruited his friends - many of them musicians whom he had worked with in the past - to help him fight the disease. In 2000, Bob, Joe D'Urso, and concert promoter and former Asbury Juke, Tony Pallagrosi founded the New Jersey-based Light of Day Foundation, whose main source of fundraising comes from the annual music festival that originated along the Jersey Shore and has grown into a worldwide series of concerts and has raised over one million dollars for research.
This film takes you through Bob's life, from before his diagnosis to the beginnings of his incredible foundation. His story is accompanied by the music of many of the artists who have so generously donated their time and talent over the year, including "THE BOSS" himself, BRUCE SPRINGSTEEN, in support of Bob and his fight for a cure