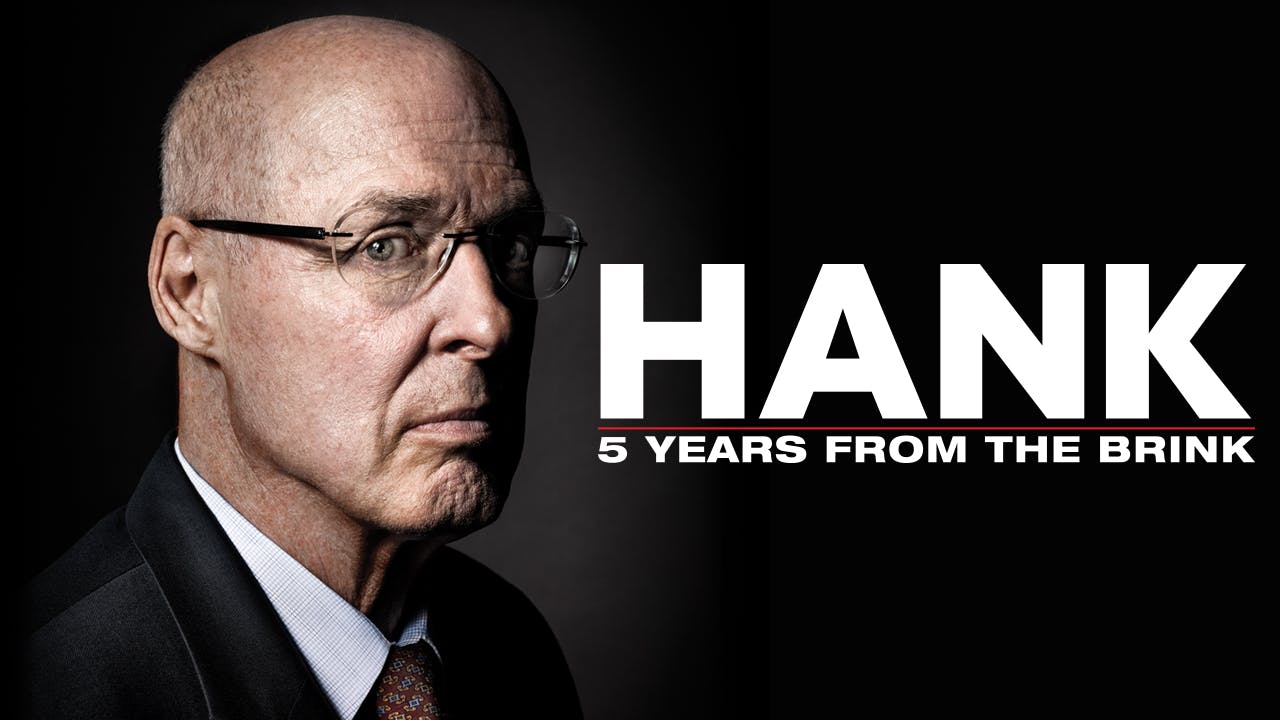 Hank: Five Years From the Brink

For three weeks in September 2008, one person was charged with preventing the collapse of the global economy. No one understood financial markets better than Hank Paulson, the former CEO of Goldman Sachs. Yet Paulson wasn’t quite the pinstriped banker he appeared to be. A devout Christian Scientist with left-leaning politics, he’d refused two previous offers to be Secretary of the Treasury before finally accepting. In Hank: Five Years From the Brink, Paulson tells the complete story of how he persuaded banks, congress, and presidential candidates to sign off on nearly $1 trillion in bailouts, even as he found the behavior that led to the crisis, and the bailouts themselves, morally reprehensible. Directed by Academy Award nominee Joe Berlinger (Paradise Lost, Some Kind of Monster), the film features Paulson and his wife of 40 years, Wendy. It’s a riveting portrait of leadership under unimaginable pressure, and a marriage under unfathomable circumstances.