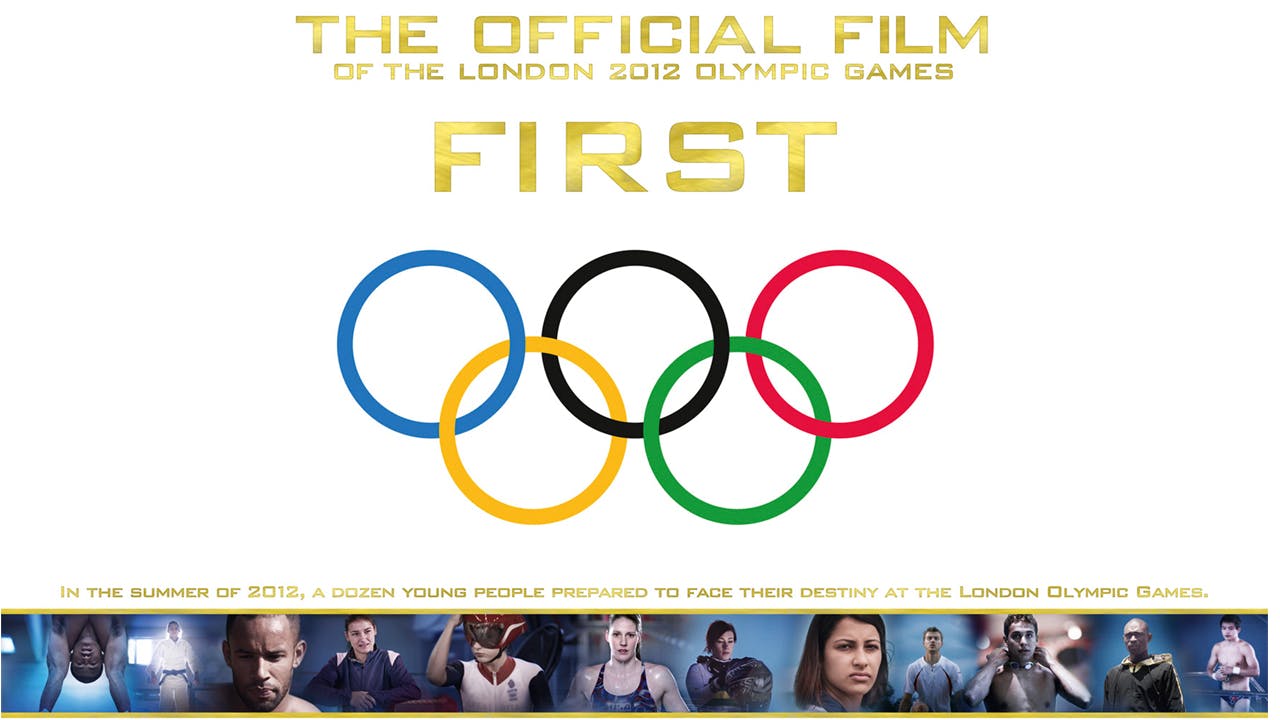 First: The Official Film of the London 2012 Olympic Games

In the summer of 2012, the most talented young athletes from around the world responded to the call to compete in the London Olympic Games. This is the story of 12 of them. In the final weeks before the Games, we meet them at their homes in Britain, Ireland, the USA, Kenya, South Africa, Australia, Brazil, France, Kosovo and India. This uplifting, sometimes whimsical story describes the humanity of young people whose dreams and determination have led them to the greatest sporting event in the world. “First” does not overtly ‘follow’ their stories, but captures and reflects their personal experiences. It seeks to offer a glimpse of how these extraordinary athletes are really just very ordinary young people - except at the moments of competition that exalt or expose them. Scored by Sacha Puttnam with a stunning contemporary soundtrack that re-imagines the summer of 2012, “First” captures the London Olympic Games as a recollection, evoking the emotion and magic of the greatest Olympic Games ever.