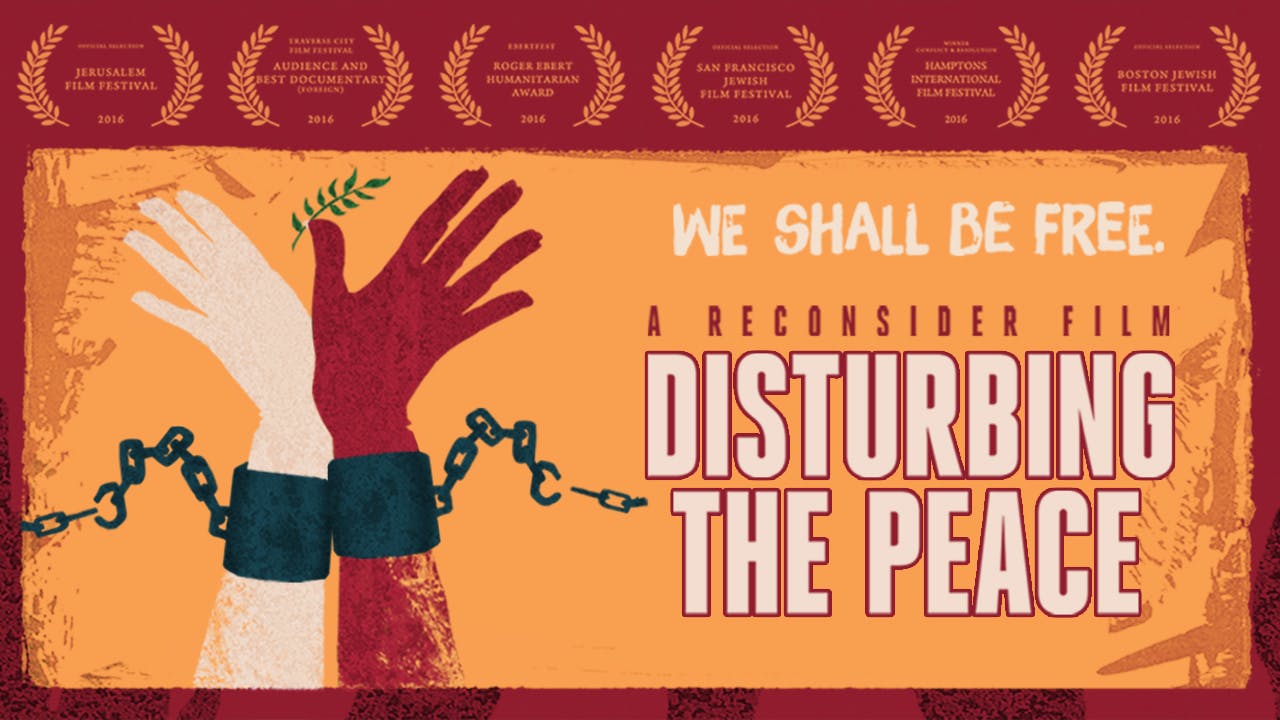 In a world torn by conflict—in a place where the idea of peace has been abandoned—an energy of determined optimism emerges. When someone is willing to disturb the status quo and stand for the dream of a free and secure world, who will stand with them?

DISTURBING THE PEACE is a story of the human potential unleashed when we stop participating in a story that no longer serves us and, with the power of our convictions, take action to create new possibilities. DISTURBING THE PEACE follows former enemy combatants - Israeli soldiers from elite units and Palestinian fighters, many of whom served years in prison - who have joined together to challenge the status quo and say “enough." The film reveals their transformational journeys from soldiers committed to armed battle to nonviolent peace activists, leading to the creation of Combatants for Peace.

At a time in our world when societies are becoming more polarized and painfully few people are speaking of nonviolent solutions to our conflicts, popular movements like Combatants for Peace have the potential to capture the public’s imagination and shift the conversation from the inevitability of conflict, to the possibility and process of establishing lasting peace. While based in the Middle East, DISTURBING THE PEACE evokes universal themes relevant to us all and inspires us to become active participants in the creation of our world.