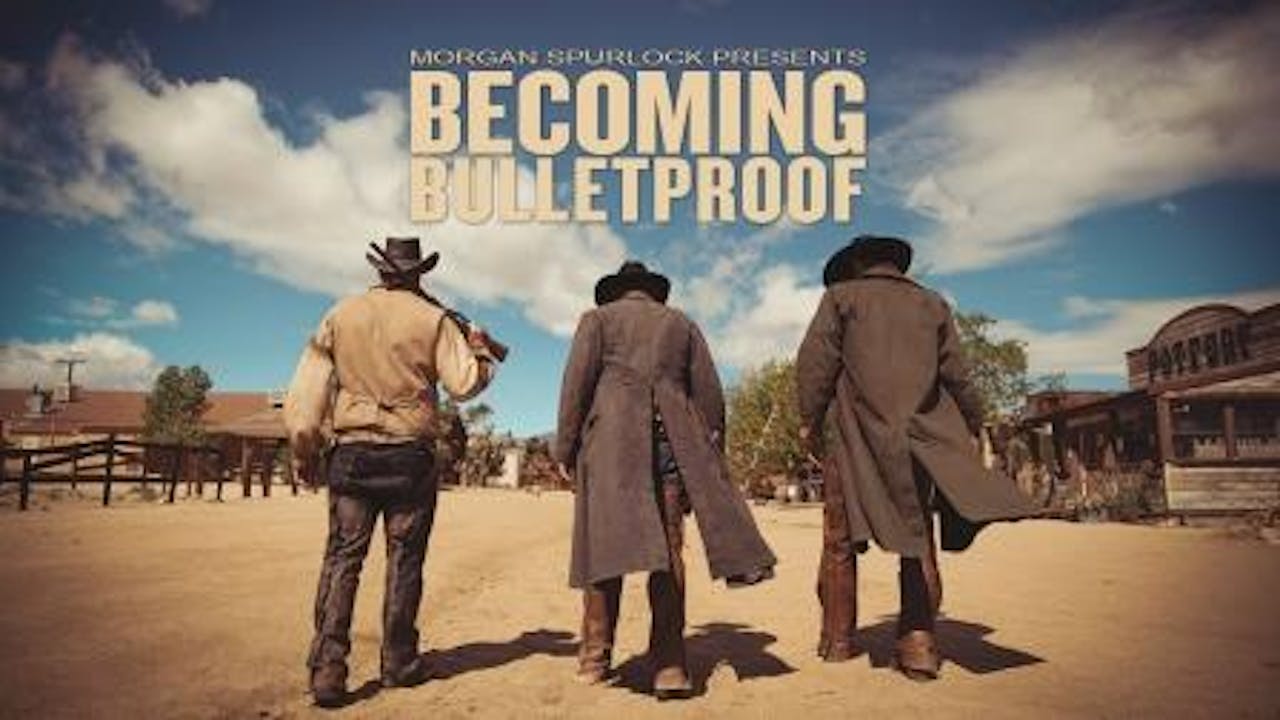 Experience the movie Jamie Lee Curtis calls “Simply the best film you and your family might ever get to see.” MORGAN SPURLOCK PRESENTS BECOMING BULLETPROOF documents the making of the Western film Bulletproof, which features actors with and without disabilities who meet every year at Zeno Mountain Farm (ZMF) to write, produce, and star in original films. ZMF’s philosophy is to create a truly inclusive community that builds genuine friendships that transcend stigma and stereotypes. For them, their films aren’t about making a statement; “It’s all about making awesome movies.” Inside the whirlwind filmmaking process of mastering lines, pushing through take after take and grappling with high expectations, BECOMING BULLETPROOF chronicles the genesis of a riveting film and a personally and socially transformative experience. The film captures the essence of artistic expression through vibrant human bonds and powerful insights. As one of the actors says: “I do not want pity because I have a disability, I just want to be understood. I want disability to have a seat at the table in pop culture.”