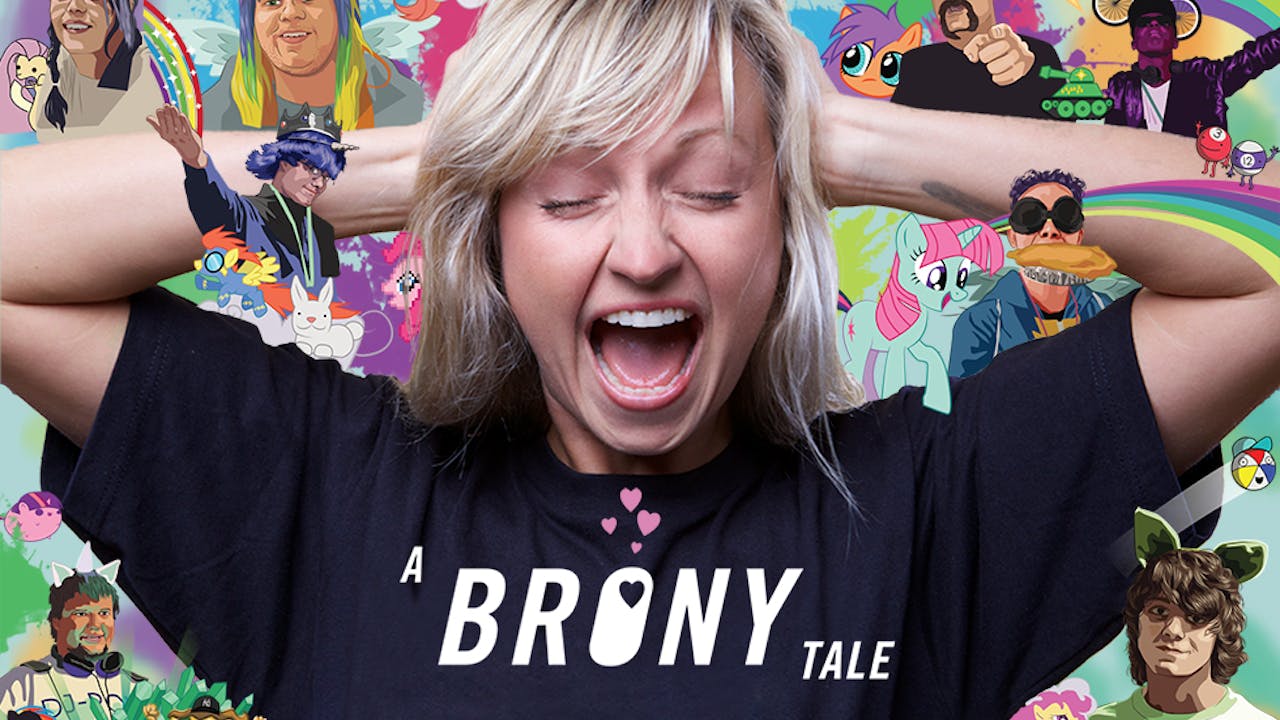 Canadian voice-over artist, Ashleigh Ball, has been the voice of numerous cartoon characters. However, when she was hired as the voice of Apple Jack and Rainbow Dash on the 4th generation installment of Hasbro's 'My Little Pony: Friendship is Magic' series, she had no idea she was about to become an internet phenomenon and voice celebrity among a very unique type of fan, the Bronies. Bronies, or 'Bro' Ponies', are a subculture of adult men who are fans of the show 'My Little Pony.' It is a craze that has taken the United States by storm but how does this fit with a culture that has told these boys how to act since childhood: Lego, not Barbies! Play soldiers, not fairies! Why are so many men embracing this? Are these men just abnormal; or is there something more? 'A Brony Tale' is a documentary that follows Ashleigh into this unknown world and challenges some deep felt preconceptions. When Ashleigh wraps Season 3 of the show she receives an invite from the Brony community to attend BroNYCon (The Brony Convention in New York City). Initially wary of accepting the invitation Ashleigh begins to learn that there is more to this community than meets the eye.